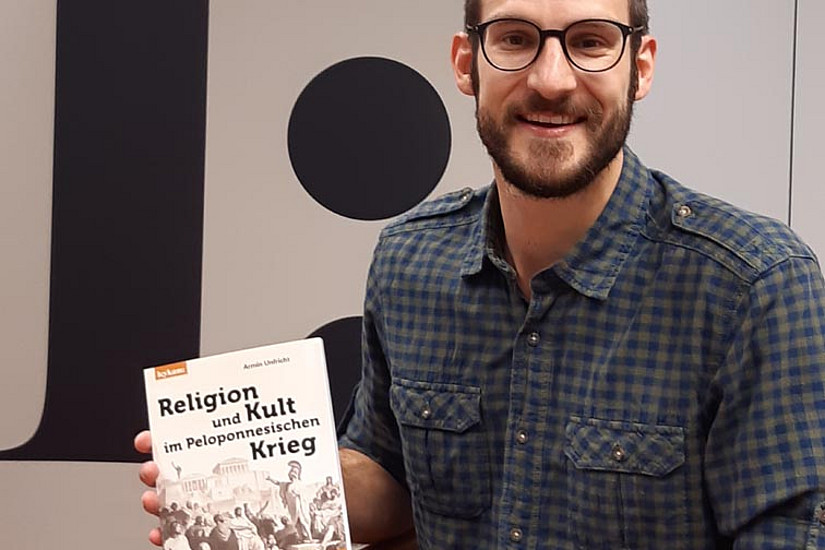 Armin Unfricht has published his diploma-thesis as a book with Leykam. From the blurb: "The Peloponnesian War of the Athenian Thucydides is considered the beginning of a new era: the critical-enlightened method of historiography. The gods are not given any direct influence on the events of the war he described. Using a variety of case studies, a vivid picture is drawn of how Greek religious ideas are negotiated on the political stage. And how religious practices, ideas, and institutions exert both direct and indirect Armin Unfricht 1988 in influence on the war events depicted."
Congratulations, Armin!

More News All (German only) Autumn conference 2021 on performativity and resonance

This year's autumn conference of the Graduate School 27 to 29 October 2021, is dedicated to "Text, Music, and Image-Object as Counterparts in Resonant…

Two conferences in early September 2021 could take place as physical meeting with a hybrid part: The Conference of the European Association of the… Entitled "Measuring the World against the Body: Materialities and Meanings of Magnification and Miniaturisation in Religious Communication in…